Use coupon code "SAVE10NOW" to save 10% on all orders for a limited time only!!

A History of Communion

The time for Holy Communion is upon us. Have you ever wondered about the origins of this, one of the most blessed of the religious events and Christian ceremonies that we hold so dear? Holy Communion emanated from warm beginnings, and is well worth reflecting upon. Consider firstly that the Sacrament of Communion is also known as the Eucharist. The word ‘Eucharist’ stems from the Greek, eucharisto, meaning to give thanks, or thanksgiving and in many ways this demonstrates exactly what Holy Communion is all about.

At the Last Supper, Jesus instructed His followers to take bread and wine in remembrance of Him. According to Corinthians (11:23-26), He said:

“For I received from the Lord that which I also delivered to you, that the Lord Jesus in the night in which He was betrayed took bread; and when He had given thanks, He broke it, and said, “This is My body, which is for you; do this in remembrance of Me.” In the same way He took the cup also, after supper, saying, “This cup is the new covenant in My blood; do this, as often as you drink it, in remembrance of Me.” For as often as you eat this bread and drink the cup, you proclaim the Lord’s death until He comes.”

At the time that Jesus lived, bread and wine were common foods found at every meal. Jesus made a point of sharing meals with friends and followers, because He lived at a time when people ate together in the spirit of fellowship. Thanks to this, many followers believe that we should remember Jesus and His sacrifice every time we figuratively break bread, which is why many people say grace at mealtimes and reflect on our relationship with Christ. However, Jesus was celebrating the Passover at the Last Supper, and this has meant that Holy Communion was given a special place in the Church calendar. 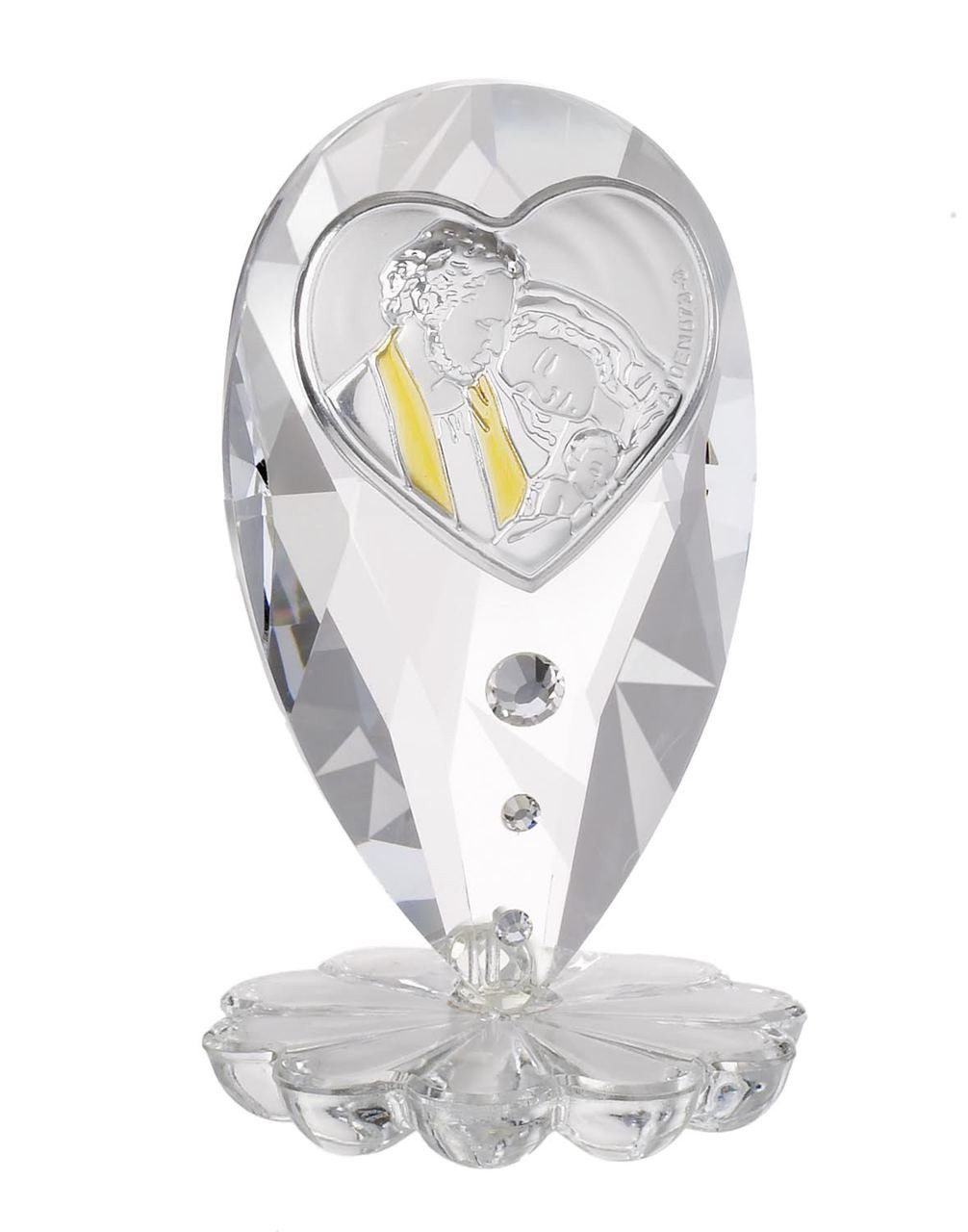 In the early days of the Christian Church, followers of Christ had to meet secretly in people’s homes to avoid persecution for their beliefs. Worship was conducted in two distinct parts. The first part involved prayers, psalms, readings and teaching and involved everyone who care to join in. The second part of worship – the first holy communions – could only be undertaken by those who had been baptized. This second stage of worship included a ‘love feast’ or agape, which was the Communion. The earliest ceremonies involved a full meal, with believers sharing what they had with each other. Early believers very much recognized Communion as a celebration of the life of Jesus, and as a chance to give thanks for our redemption and freedom, as a result of Jesus’ sacrifice.

Initially this ceremony was presided over by apostles,and then by those trained by the apostles – ‘bishops’ (also known as shepherds). The full feast was phased out necessarily as more and more believers joined the congregation.

By the 300s AD, Christians were able to worship openly and they created buildings (churches) where they could meet. By this stage most believers were baptized and so the need for a two-part ceremony died out. The words of the mass had been honed to perfection and this was used almost universally. The Holy Communion became a central part of Christian life. The Eucharist became a formal, ritual meal, shared in the company of fellow believers with more emphasis placed on symbolism.

The bread is the symbol for Jesus’ body while the wine is the symbol of His blood. When taking Communion believers are now asked to reflect on the sacrifice and celebrate His life. Participating in Holy Communion identifies us as people of God. We remember when we break bread, how His body was broken, and when we drink the wine, we remember how He spilled His blood and gave His life for us. The Sacrament has become both a symbol of the history of Communion and the meaning instilled in it and through it, and a means by which Christians can take Christ within themselves. 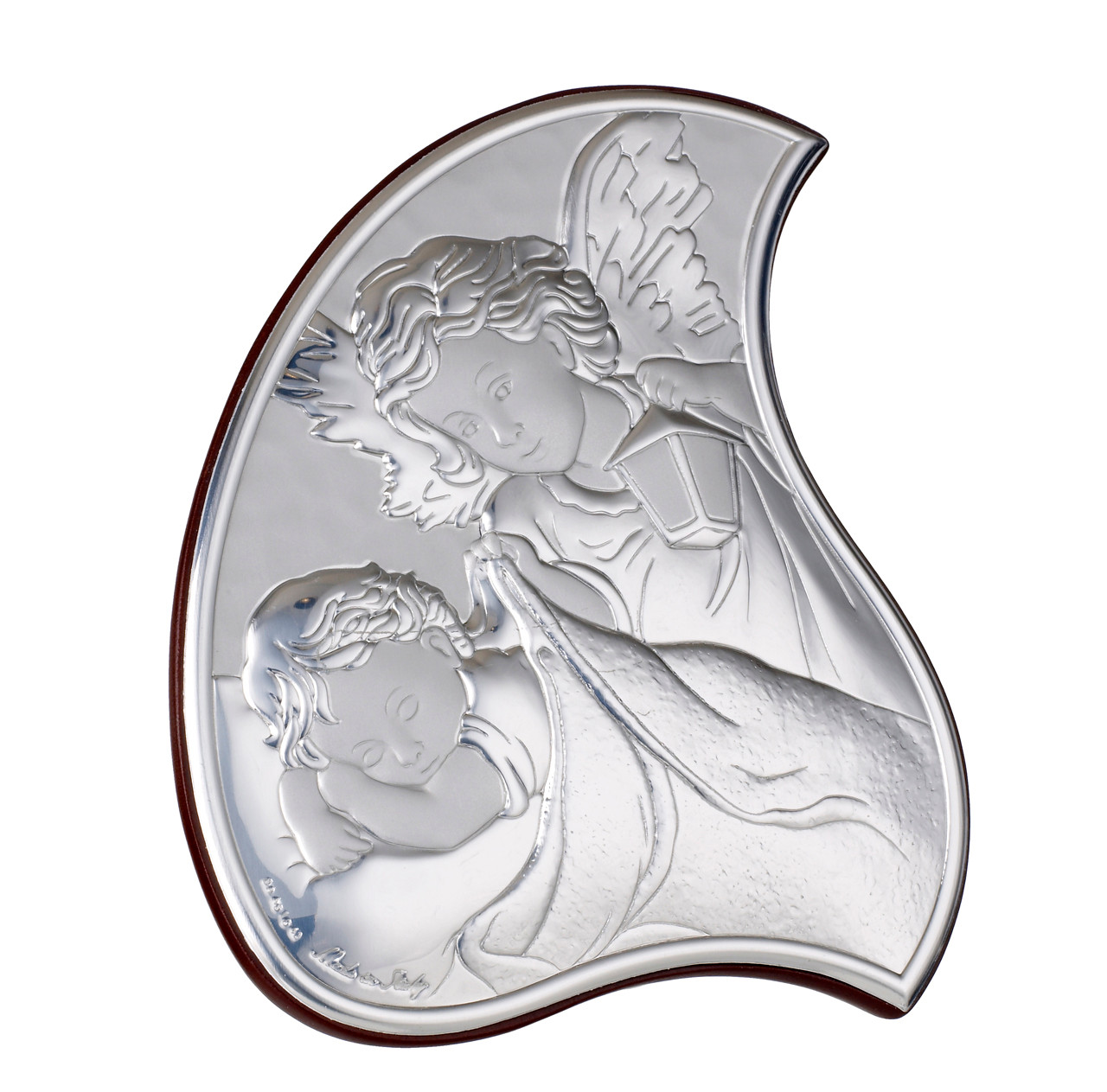 Holy Communion is now first taken at the age of 7 or 8 which is considered the age of reason. It is important that children making their first Sacrament understand that they are accepting the Host. It is a time of celebration and accordingly children are gifted with items such as a rosary, a certificate, a bible and other Holy Communion favors.

For gift ideas and decorations relating to Communion ceremonies, baby showers, baptism, christening occasions and all other family holiday affairs, check out 5thavestore.com where we have the best of Italian silver Argento gifts, handmade, gift boxed and with a certificate of origin and authenticity. All our icons come to you mounted on cherry wood backing for that extra special touch, perfect for a first Holy communion remembrance. Please note that we are direct importers of our products, which are exclusive and unique to 5thavestore.com so you won’ find them anywhere else.